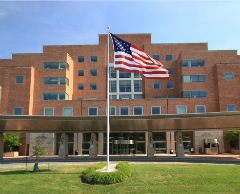 Nursing at the NIH Clinical Center 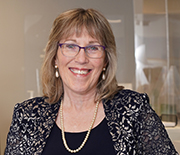 Barbara Jordan is currently the Nursing Service Chief for Neurosciences, Behavioral Health and Pediatrics at the NIH, Clinical Center. Dr. Jordan provides oversight of the operations, planning and advising of the programs of care within her specialty areas. She works closely with the multidisciplinary teams within her service and directs the agenda for the neuroscience, behavioral health and pediatric programs regarding clinical research nursing.

Dr. Jordan earned her Doctor of Nursing Practice (DNP) from Waynesburg University in Waynesburg, PA, a Master of Science in Nursing with a focus in health care systems administration from The University of North Carolina in Chapel Hill, NC, and a Bachelor of Science in Nursing from Duquesne University in Pittsburgh, PA. She previously served as the Vice President of Patient Care Services / Chief Nursing Officer for the University of Pittsburgh Medical Center (UPMC) Northwest in Seneca PA. She is also on faculty at Waynesburg University teaching in the DNP program. Dr. Jordan has additional prior experience as the Clinical Director of Infection Control and Regulatory Compliance at UPMC St. Margaret and as Clinical Operations Director of the ICU/CCU at Durham Regional Hospital in Durham, NC. She has many years of critical care leadership experience in various hospital settings. Dr. Jordan's research interests are in relationship-based care and nursing leadership. 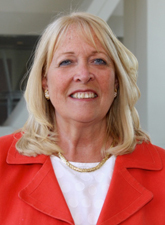 Deborah Kolakowski is the Nursing Service Chief for Oncology and Critical Care at the NIH, Clinical Center. She provides oversight of the daily operations, planning and advising the inpatient and ambulatory programs of care within the specialty practice of oncology and critical care. She works closely with the multidisciplinary teams directing the agendas for the programs regarding clinical research nursing.

Dr. Kolakowski earned her Doctor of Nursing Practice (DNP) from the University of Maryland in Baltimore, MD, a Master of Science in Nursing from Marymount University and a Bachelor of Science in Nursing from the University of South Carolina. Her previous work experiences include Program Director for Advanced Practice and Outcomes Management and Nurse Manager for the Medical-Surgical Intensive Care Unit at the NIH Clinical Center. While at the George Washington University Hospital in Washington, D.C., she served in the capacity as the Interim Chief Nurse Executive, Administrator for Patient Care Services, and Director of Critical Care Services. Dr. Kolakowski's research interest and focus for her capstone course work identified nursing research activities that contributed to nursing workload in a clinical research setting utilizing a patent classification system to quantify acuity measures. 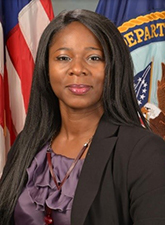 Upon graduating, Dr. Mbamalu completed the Masters in Public Administration program with a concentration in Non-profit Management at North Carolina State University. Subsequently, she worked as a Budget and Management Analyst with Baltimore City's Bureau of Budget and Management Research. With an intense desire to positively affect the health and wellbeing of underserved and vulnerable populations, Dr. Mbamalu changed career paths to purse a profession in nursing.

In 2007, Dr. Mbamalu completed the accelerated Bachelors of Science in Nursing program at Georgia Southwestern State University. She began practicing as a critical care nurse and shortly thereafter, began her career in nursing leadership. Dr. Mbamalu has worked in a variety of healthcare leadership roles including Chief of Acute and Mental Health Nursing Services with the United States Department of Veterans Affairs and Regional Director of Operations with Fresenius Medical Care. In 2014, Dr. Mbamalu completed the Doctorate in Nursing Practice program with a concentration in executive leadership at Waynesburg University.

Today, Dr. Mbamalu works as a Service Chief for Neuroscience, Behavioral Health and Pediatrics with the National Institutes of Health Clinical Center. She is a Board-Certified Nurse Executive with the American Nurses Credentialing Center. Dr. Mbamalu has published in the Nephrology Nursing and Medical-Surgical Nursing journals and is currently a member of the American College of Healthcare Executives, Maryland College of Healthcare Executives and American Nurses Associations. 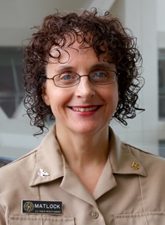 CAPT Ann Marie Matlock earned a BSN in Nursing from Salisbury State University in 1991, a MSN from the University of Maryland in 2003 and a DNP from the George Washington University in 2013. In addition she earned a Certificate in the Business of Nursing from Johns Hopkins University in 2001. She is board certified through the American Nurses Credentialing Center as a Nurse Executive. She began her career as an ICU fellow at the Washington Hospital Center where she worked in a variety of critical care settings before coming to the Clinical Center in 2000. At the Clinical Center she began her career as a Senior Clinical Research Nurse in the Medical Intensive Care Unit. In 2006 she became the Nurse Manager for the Medical Telemetry unit and assumed responsibility for opening the Special Clinical Studies Unit in 2009. In 2007, she joined the United States Public Health Service and is currently serving at the rank of Captain. In 2013, she was selected as the Service Chief for the Medical Surgical Specialties service. She has published several articles and provided presentations on a variety of topics. Her DNP capstone project focused on Family Caregiver Training. 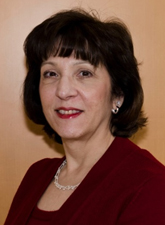 Ms. Walsh earned her BSN from the University of Florida in 1982 and her MS in Nursing with a Certificate in General Administration from the University of Maryland in 1993. Ms. Walsh was a recipient of a National Health Service Corps Scholarship and began her professional career as a Commissioned Officer in the U.S. Public Health Service in the Indian Health Service at the Ada Indian Hospital in Ada, Oklahoma. As a Staff Nurse at the Ada Indian Hospital from 1982-1987, she worked in various areas of the hospital including the Medical Surgical Unit, OB-GYN, Special Care Unit and Emergency Room. In 1987 Ms. Walsh transferred to the National Institutes of Health, Clinical Center Nursing Department Cardiac Surgery Step-down unit as a staff nurse. Since this time she has functioned in various roles in the Clinical Center including Nurse Manager, Nurse Consultant and now the Special Assistant to the Chief Nurse Officer. Ms. Walsh retired as Captain from the U.S. Public Health Service in 2012 after 30 years of service. Ms. Walsh was active in Public Health Service Corps activities including Chair of the Nursing Professional Advisory Committee (NPAC), Chair of various subcommittees of the NPAC and was a member of the Corps Transformation workgroup and the Secretaries Transformation Action Team Incident Command Workgroup that addressed the White House Report on Katrina Lessons Learned.