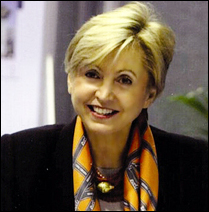 Hedvig Hricak is chairman of the Department of Radiology at Memorial Sloan-Kettering
Cancer Center. She holds a senior position within the Program of Molecular and
Pharmacology Therapeutics at the Sloan- Kettering Institute and is professor of Radiology
at the Weill Medical College of Cornell University. Dr Hricak earned her M.D. degree
from the University of Zagreb and her Ph.D. (Dr. Med. Sc.) from the Karolinska Institute in
Stockholm. She holds an honorary doctorate from the Ludwig Maximilian University of
Munich, Germany. Before coming to Memorial Sloan-Kettering, she was a professor of
radiology, radiation oncology, urology and gynecology at the University of California at
San Francisco (UCSF) and was the chief of the abdominal section of the Department
of Radiology at UCSF Medical Center.

Dr. Hricak’s career in research, education and patient care has focused on GU and GYN
oncology. The imaging applications she helped develop include the use of ultrasound, MRI
and CT for gynecological cancer and the use of MRI and MR spectroscopy for prostate
cancer. Her research is interdisciplinary and aims to discover minimally invasive methods for improving cancer detection, staging,
treatment planning and follow-up. Dr. Hricak has been the principal investigator or co-investigator for 24 intramural foundation
and industry grants, 21 National Institutes of Health/American Cancer Society grants, and six Department of Defense grants. She has been a dedicated promoter of international scientific collaboration and training for many years, and she currently directs an NIH-funded international training program in molecular imaging. In addition, through awards from the National Cancer Institute and private foundations, she has established breast imaging and ultrasound training programs for the countries of South East Europe. 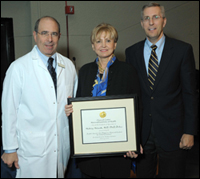 Dr. Hricak has edited or co-edited 17 books and has authored or co-authored 322 peer-reviewed research papers, 141 review/editorial papers, and more than 127 book chapters. She is an associate editor and on the editorial boards of multiple premier medical journals. She has given 30 named or keynote lectures and has been a visiting professor at more than 30 institutions worldwide.

In addition to her research and administrative and educational work, Dr. Hricak continues to be engaged in clinical practice. In the last seven years, she has repeatedly been included in New York magazine’s list of the city’s best doctors and in the Castle Connolly publication America’s Top Doctors.

Dr. Hricak is a fellow of the American College of Radiology, the International Society for Magnetic Resonance in Medicine and< the Society of Uroradiology. She served as president of several societies — the Society for Advancement of Women’s Imaging (1997-1999); California Academy of Medicine (1999); Society of Uroradiology (2000-2003), and New York Roentgen Society (2004-2005). She is a member of the Board of the International Society of Magnetic Resonance in Medicine and now serves on the Executive Boards of the Academy of Radiology Research and the New York Roentgen Society. She is Chairman of the Board of Directors of the Radiological Society of North America (RSNA) and is slated to become President of the RSNA in 2010. She is a member of the Institute of Medicine of the National Academies and serves on the National Academies’ Nuclear and Radiation Studies Board. 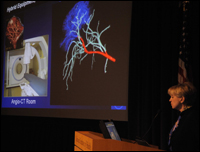