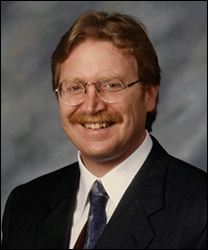 Dr. Fishman's clinical and research interests focus on medical imaging with specific emphasis on 3-dimensional (3-D) imaging and computed tomography. He pioneered the development of
3-D medical imaging and continued his work in this field with Pixar, a spin-off of Lucasfilm. Over the last 25 years, Dr. Fishman has continued to help refine 3-D imaging and has been a leader in interactive 3-D rendering, today a major component of state-of-the-art imaging that has significantly helped improve patient care and management.

Dr. Fishman's interests in computed tomography have spanned the era from early scanners that took 10 seconds per slice to the scanners of today in which studies are done in less than a second. His research team is one of the world's leading groups in developing new techniques and technologies, including visualization and post-processing tools.

Dr. Fishman earned his bachelor’s degree in 1973 at the University of Maryland and his MD in 1977 at the University of Maryland Medical School. After a residency in diagnostic radiology at Sinai Hospital of Baltimore, he completed a fellowship in computed tomography in 1980 at Johns Hopkins. In 1981, he joined the Hopkins faculty as an assistant professor of radiology. He was named professor of radiology in 1991 and of oncology in 1993.

Among Dr. Fishman’s memberships are the Society of Computed Body Tomography and Magnetic Resonance and the Radiological Society of North America. He is a fellow of the American College of Radiology and on the Board of Directors of the Society of Cardiovascular Computed Tomography. He is senior editor of Imaging in Medicine, on the editorial advisory board of Applied Radiology, and on the editorial board of Diagnostic Imaging. He has authored or co-authored eight textbooks.

Dr. Fishman has been recognized for excellence in education and teaching with three Aunt Minnie Awards: Outstanding Educator in 2002 and 2007 and Outstanding Researcher in 2004. Radiologists throughout the world choose the recipients of these annual awards and Dr. Fishman is the first person to receive both the educator and researcher awards. In 2007, Medical Imaging named Dr. Fishman the nation’s “top radiologist.”